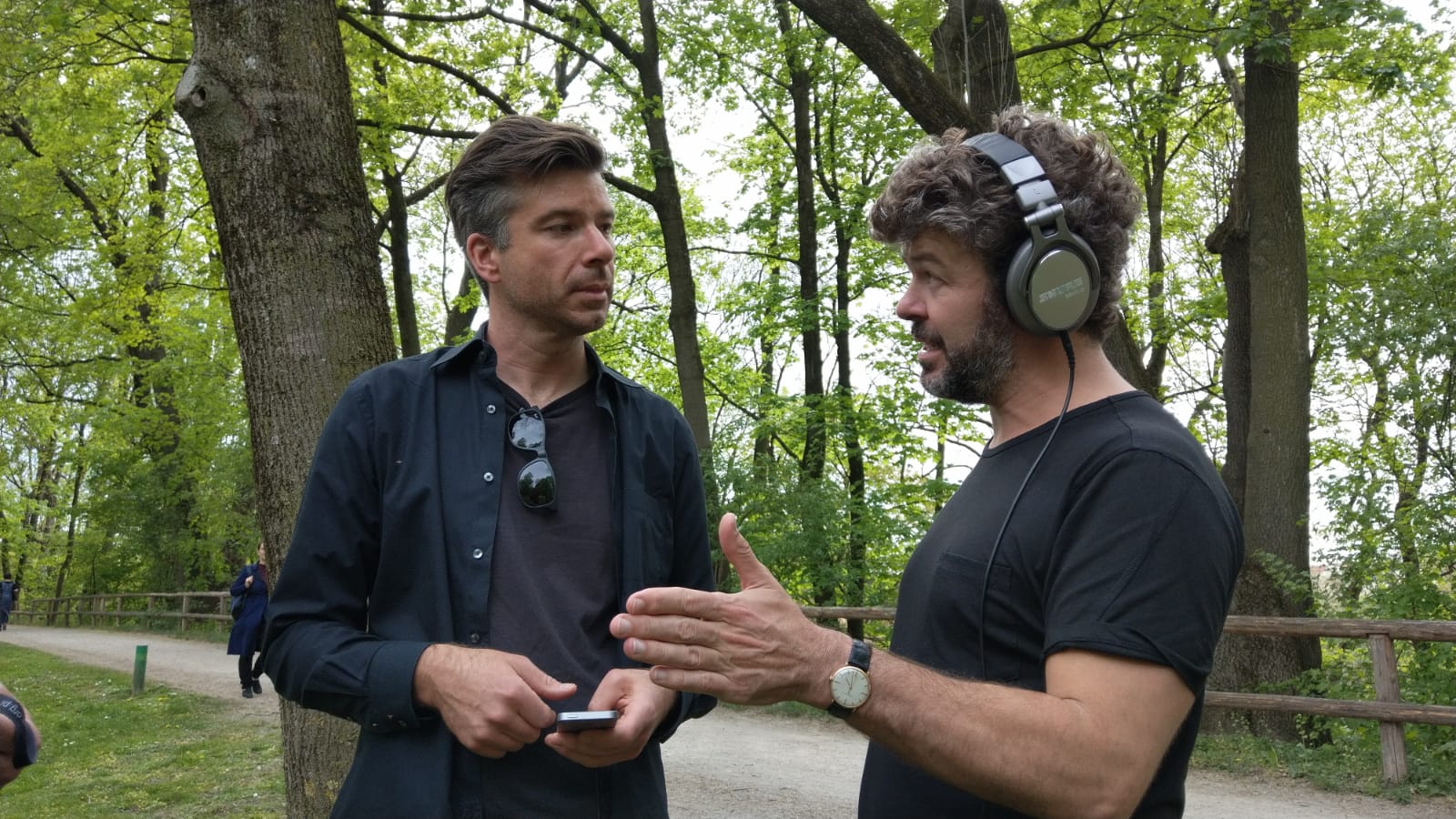 Last year, for Sound Walk September 2019, Sofilab founder and artistic director Mathis Nitschke received an honourable mention for his piece Inside Mphil, created by Sofilab. Here’s Mathis in his own words.

I’m a music composer working regularly with orchestras, a fascinating and thrilling experience, especially when you can be really close to the musicians: the notion “touched by sound” actually turns into a physical experience here. Making this close experience available to more people was the driving force to develop the Inside MPhil app, an interactive GPS-driven sound walk on the green meadow behind the Munich Gasteig, the performance hall of the Munich Philharmonic Orchestra.

In 2015 I started dealing with sound walks with the operatic GPS-driven sound walk Vergehen, located at the river Isar, also in Munich. The basic idea was that you have to walk the opera to be able to experience it. Just as one usually must first move to the opera house in order to be moved by the music, one must first set oneself in motion here. I believe that games like Pokemon Go also draw their fun from this. If you just loll about in the sofa, you just don’t experience anything, do you?

As my collaborator Gunter Pretzel, violist of the orchestra puts it: “There is one thing that orchestra musicians are definitely to be envied: they always sit in the middle of the sound. This may also have its downsides when the trumpets or the timpani are behind you. But even if it can sometimes almost hurt, you don’t want it any other way. When, after about an hour of hard work, a Bruckner symphony unfolds its full force, there is only one place where you can experience it in all its splendour, and that is in the middle of the violas – or the cellos – or the basses – or the winds. Or the part in the Sacre, just before the end, where, when everyone is already at the end, the turbo is turned on again. No matter whether you have the trumpets or the horns right behind you: you want the full roar. And you definitely only get it here.”

Sound engineer Johannes Müller, to whom the orchestra owes truly great recordings, was very sceptical, because he was not aware of any example that was artistically and/or technically successful. Our goal, however, was nothing less than both, on the highest level: a perfect recording, a perfect simulation. Fortunately, I had already made several experiments with another orchestra and gained experience, so I created confidence and the project began.

Gunter found both a piece and the appropriate conductor in the annual programme: the Spring Symphony by Robert Schumann, conducted by Pablo Heras-Casado, a young musician open to every new and good idea. He was immediately involved, the performance was recorded on April 27, 2019 and it turned out that the quality was so good that a CD of it could be released immediately. With the fourth movement of this symphony I now had the material, I could not have wished for better.

Now the detailed work began, a rather complicated undertaking. After all, no less than 22 audio sources were to be calculated live from the smartphone into a three-dimensional sound field that could be traversed by GPS and compass and played back binaurally on the headphones. I was constantly pushing the limits of current technology. But a first highlight was to present the app to the conductor. His enthusiasm was pure joy, and Johannes Müller also stomped happily through the meadow from the timpani to the bassoon, which we had hidden in the small bushes together with the other woodwinds. And just in time for June 1, the orchestra’s “listening walk” on the occasion of its 125th anniversary, the app was ready and presented to the public: a premiere and a new level of playful combination of artistically sophisticated content with advanced technology in the area of mobile phone apps.

A second project is already in the works.

This piece was originally published on “Walk-Listen-Create” in February 2020: https://walklistencreate.org/2020/02/19/touched-by-sound-in-munich/